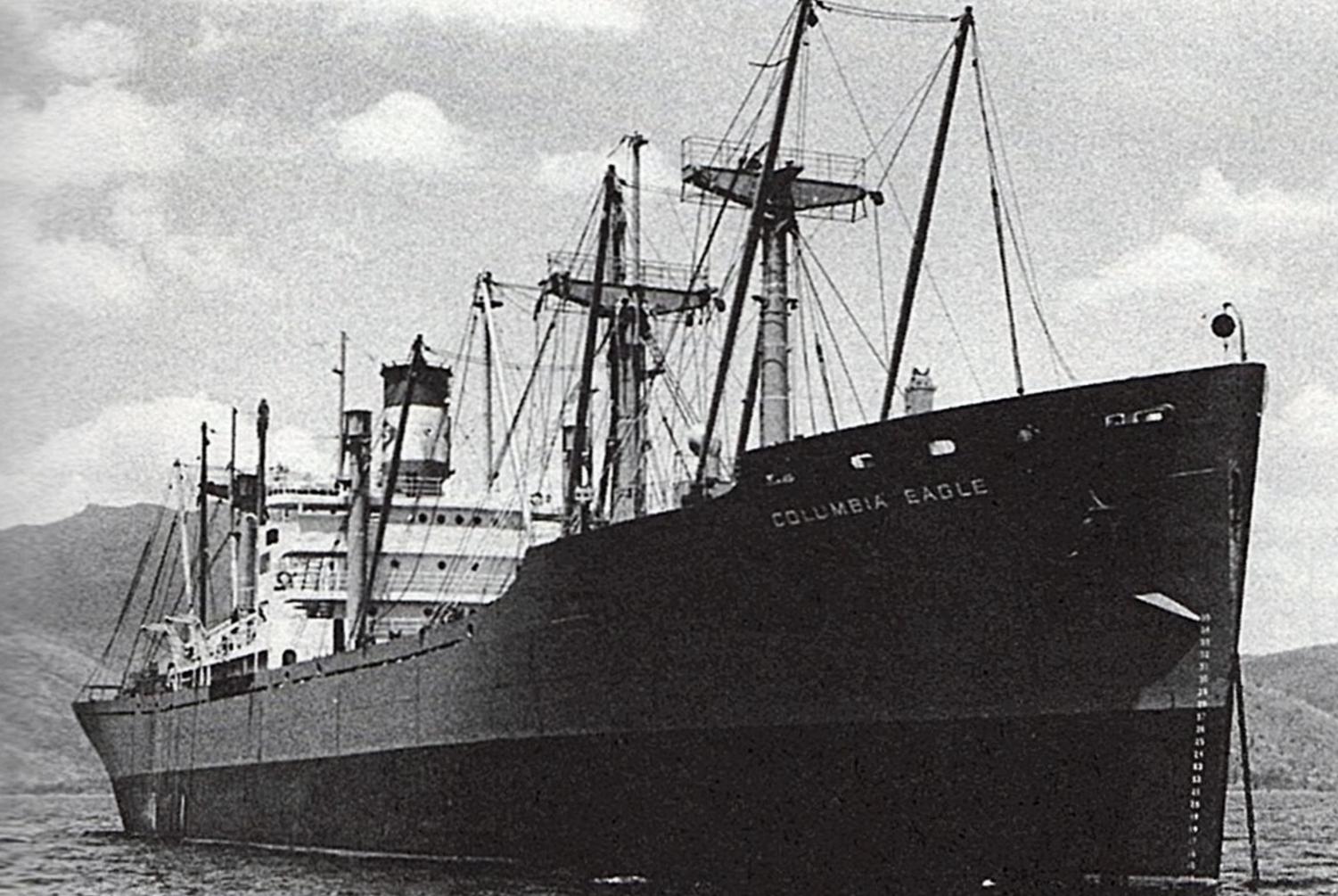 ​​​​​On March 14, 1970, two young merchant seamen SPARKed THE FIRST ARMED MUTINY ABOARD AN AMERICAN SHIP IN MORE THAN A CENTURY by taking control of the SS Columbia Eagle, a U.S. merchant vessel under U.S. military charter carrying napalm and munitions to the Vietnam war. The mutineers set most of the crew adrift in lifeboats in the open sea and forced the captain to take the ship to Cambodia. After a tense impasse with the U.S. military the  Eagle arrived in Sihanoukville and the mutineers surrendered its cargo to Prince Sihanouk's government. declaring themselves antiwar revolutionaries, the mutineers were granted asylum. Two days later, however, a coup put a pro-U.S. junta in power and the two men were imprisoned. sihanouk, in exile, claimed the mutiny was a covert CIA op to deliver weapons to the junta.

a serious piece of journalism with the narrative drive of a novel, the eagle mutiny is a tale of idealism and intrigue. it chronicles the mutiny, the investigations and trials that followed, and it also paints a moving, complex portrait of the young mutineers. "THE EAGLE MUTINY," said a reviewer," is a riveting investigation into a forgotten crime - or perhaps a forgotten act of courage, depending on the reader's point of view...  The authors present us with a vivid picture of flawed men, flawed choices, and tragic consequences." 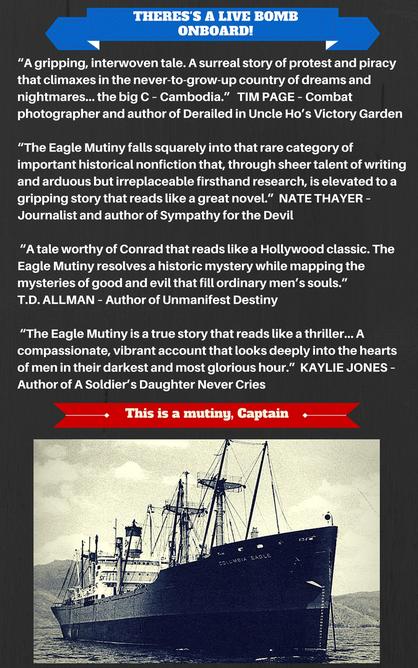 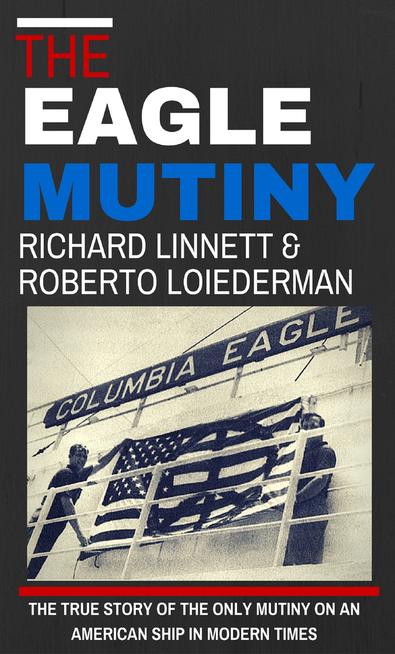